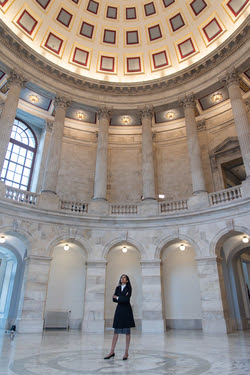 The evidence demonstrates for the first time, the conflicting statements regarding the FDA status at the time of the “surprise FDA study” between the FDA, the hospital/University and the device Manufacturer Edwards Lifesciences:
Despite an official FDA Congressional Decision submitted to Senator Grassley regarding the truth that the heart device was never approved for use in humans, during the surprise FDA heart valve study. The study was still published in the Leading Journal for the American Association of Thoracic Surgeons in 2008.

Over 667 United States Citizens who received the device prior to December 2008 FDA recall, as disclosed to Senator Richard Lugar have not been informed as of today. Hundreds of US Citizens still have not been informed of the status of the device prior to the recall. In fact, Congressman Glenn Grothman received a letter from the FDA in 2017 confirming the fact that the FDA was not planning to inform patients, as the FDA “did not believe that notification would provide a benefit to patients and instead could unnecessarily alarm patients and raise unwarranted concerns. Therefore, FDA did not mandate the company notify all patients who received the device prior to its April 2009 clearance.” – FDA Letter in 2017 to Congressman Glenn Grothman.

In May 2019, the Daily Northwestern interviewed the victims and their families and published their stories and injuries in anticipation of the Obermeier Case, highlighting a patient’s death, Mr. William Knotts, in November 2018 as a result of the FDA protocol.

The December 2019 evidence presented to Senator Grassley on 2-10-2010 confirms that the company and the University are still claiming that the FDA approved the device as of 2006, claims which are contrary to the official FDA decision proving that the device was not approved prior to 2009 for use in humans.

The statements are now in the hands of the Senate Finance Committee and the Secretary of HHS, to help the hundreds of US citizens who have the device implanted in their heart without consent and without FDA oversight to help them and their physicians understand any future complications as outlined in the Daily Northwestern publication in 2019.

Dr. Nalini Rajamannan is a heart valve expert in the field of cardiovascular medicine. She earned her undergraduate science pre-professional degree from the University of Notre Dame, her Medical Doctorate from Mayo Medical School and her post-graduate training in Internal Medicine and Cardiology at the Mayo Clinic and Research Fellowship on the NIH training Grant. She also worked at the Mayo Clinic as a staff consultant in Internal Medicine and as an Associate Professor of Medicine at Northwestern University and the Lakeside and Westside VA. Currently, she practices consultative valvular medicine and Osteocardiology at Most Sacred Heart of Jesus Cardiology and Valvular Institute, WI.

SOURCE Most Sacred Heart of Jesus Cardiology and Valvular Institute

Designed by Coffee and Donuts.